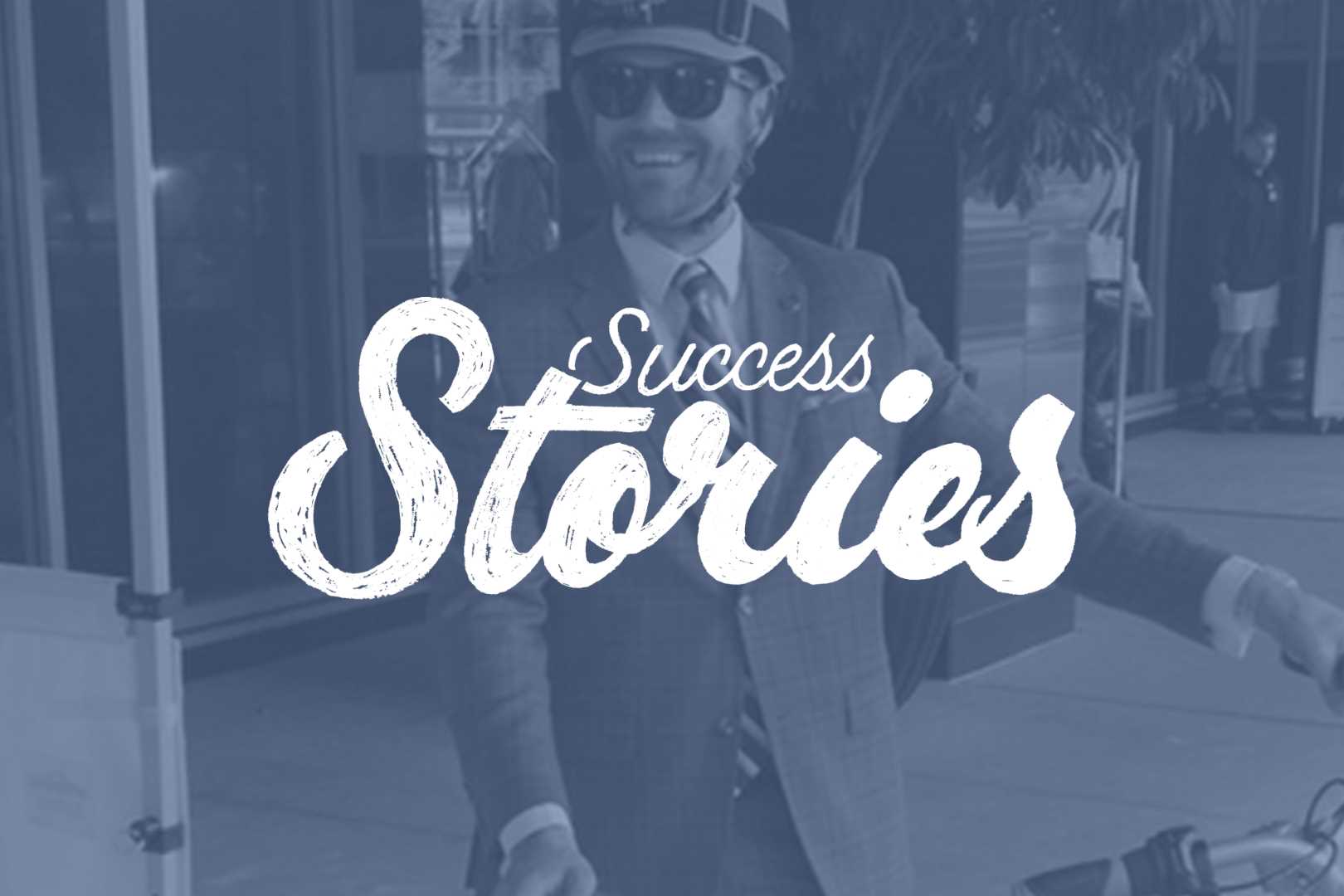 138 people have endorsed him on LinkedIn for his knowledge of sustainability. He also has high endorsements for research, community outreach, project management, environmental development, and public speaking, and he deserves every one of them.

Colin Tetreault is a faculty member at the Julie Ann Wrigley Global Institute of Sustainability and the School of Sustainability at ASU. He has also served as the Senior Policy Advisor on Sustainability in the Phoenix Office of the Mayor from 2012-2014. With experience in higher education and practical policy experience, Tetreault has not only had a measurable impact on the City of Phoenix, but he is also working to impact the lives of his students, whom he calls "change agents."

But don't think of Tetreault as a hippie who wants to push unrealistic goals on businesses or government policy. As a private sustainability consultant, he has worked with Fortune 500 companies like Petsmart and others, as well as nonprofits and NGOs, and he recognizes that these groups need to know that making sustainability changes will help the business. He passes this focus on practicality in sustainability on to his students, too. Says Tetreault, "Capital, from a business perspective, will follow certainty in a marketplace. How do we provide for certainty from a policy and a business perspective? We want our students to be able to make a plan and say, 'This is where we're going to go, this is how we're going to support it, this is why we need to go here, it's realistic, it's not just fluff.' One time we had a student go, 'I've got the solution for the energy crisis. I want every man, woman, and child, paid for by the government, to get a bicycle.' We said, 'Okay, this is a valid idea, but how are you going to do this? Let's walk through this. How is that going to legitimately, from an economics, social justice, and environmental perspective, solve the energy equation?' We provided some feedback so that the students have this ability to think critically in this dispassionate manner about these major issues."

Tetreault's experience working as the Senior Policy Advisor on Sustainability for the City of Phoenix is another major part of his experience, especially considering that Phoenix is a lot larger than most people realize. Tetreault explains, "Just the city of Phoenix, for comparison, you can fit Paris, Manhattan, Rome, and San Francisco into it with plenty of room to spare. We helped work to catalyze some fun sustainability change and watch things like the nation's largest rooftop solar distributed program in the nation, called Solar Phoenix 2." Tetreault and the City of Phoenix also launched Grid Bicycle, a bike-sharing program that has major implications for the city.

"Bicycle sharing is a really great thing," says Tetreault. "This is from a sustainability perspective, but it also extends and increases the value of existing transit infrastructure—things like buses, rapid transit, light rail, medium-density rail, carpools, all these sorts of things. When you have access to bikes, people can take short-term commuter trips, recreational, or sometimes business trips, sometimes going up to four miles on a bike."

Tetreault was inspired by other cities that had already implemented bike share systems, like Chicago, Minneapolis, and New York City, so "when the mayor in 2012 recognized that we needed to do better and we needed to shoot for something strong that shows our commitment to sustainability as well as actually puts us on the ground, one of the things we did was Grid Bike Share."

After putting out a call for private companies to submit bids for the project, the city decided to work with SoBi (Social Bicycles), which had already done similar projects on a smaller scale. One major benefit to working with SoBi? "It was at zero dollars in capital expenditure from the city perspective, and Grid Bike was actually going to deploy the whole thing on a public-private partnership. We worked together, created the model matrix. All the branding was done here locally through eeko Studio, who did a great job understanding the cultural sensitivity of our grid system," Tetreault explains.

While some people thought the grid system would lessen the program's practicality, Tetreault disagrees. "We actually drew inspiration from that, so it is very easy to get around areas like our downtown. It's all square—you know exactly how far you are going, and exactly where you need to go." The program was officially deployed in November 2014, and, Tetreault reports, "The bikes were successful, people have taken to it, it's been breaking the ridership projections, and there's actually a call for more bikes overall with the intent in order to deploy several hundred more."

"Two wheels and a pair of pedals can do really good things, and not only for health—it reduces things like diabetes and obesity, it helps reform our urban core, it catalyzes investment and development in our transit corridors. It's not just a bike, it's more than a bike, it's the outcome of what a bicycle provides."

But while the program has been a major success, Tetreault still laughs at one aspect of it: that his face was used for marketing. "Oddly enough," he mentions, "I'm on the cover of the membership packet, which was a surprise when I found that out. I've always said I have a face made for radio."

Now, Tetreault is back at the School of Sustainability at ASU, teaching graduate students and seniors working on their capstone projects before graduation. You can hear the pride in his voice when he talks about the program. "We have ASU, this massive institution, and the School of Sustainability, which is the school's smallest college in terms of overall student body. But we have the highest grade point average requirements to gain entrance, 3.2 minimum GPA, higher than engineering, and we have the University's highest retention rate, so when students find us, they stay with us, which is really exciting." As for what students get when they graduate, Tetreault says, "It's more than a degree, it's a mindset. It's a tools and a mindset that allow you to solve problems that are so big and pervasive, the solutions frankly don't exist."

"The field is changing rapidly, and that's kind of the great thing," says Tetreault. "This is a bold new space, and some of these issues that we're solving for, the solutions aren't there. So we literally have to make the solutions on the fly, test them, and refine them... I have a very strong philosophy and belief that these are the people I will be working for and calling "boss," because they have a drive and passion and we are equipping them with these tools to actually make change. It's an honor and pleasure to teach with the school and work with an organization that is supportive of our students."

Of course, we have to ask him: do you consider yourself successful? Tetreault already knows his answer. "I consider myself lucky and blessed to have the opportunity to do the work that I do... I consider myself lucky to have the opportunity to contribute to society, to have served the fifth-largest city in the nation, and it's been an honor to serve and attempt to inspire all of our students, our future change agents," he says. "We all play a part in this great world, and I am thankful to have an opportunity to do that. As an academic and a businessperson at heart, the job is never done, and I can always be better... I think success is a relative term. I think it's the integrity of one's intent and what people try to inspire others to do. I don't think success fundamentally lies in the work that I do, but it's the outcome, and whether others are better off. If I can inspire one high school student, one college student, one policy change, and the world is better off—I'd consider myself successful."